Will My Dog Get High on CBD Oil, and Do They Like It? 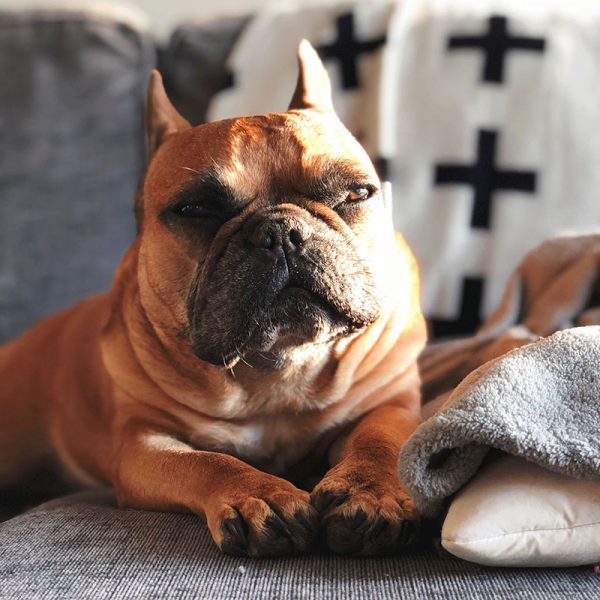 The recent rise in cannabis-infused products for dogs isn’t about producing a generation of canine stoners. Giving CBD oil to your dog won’t suddenly turn them from a loyal, well-trained companion into a nap-loving, always hungry, shower-avoiding hippy… Wait a minute, are dogs already secret hippies?

CBD (or cannabidiol, to give it its full name) is specifically designed to be non-psychoactive. It’s a therapeutic treatment, harnessing all of the anti-inflammatory properties of the cannabis plant without any of the mind-altering effects.

Here’s how CBD differs from the conventional cannabis products you’re likely to find in your local dispensary or college dorm. Plus, a look at what—if anything—your dog may be experiencing when taking CBD oil.

For dogs and humans alike, how a cannabis product affects the body depends upon how the cannabis molecules interact with the endocannabinoid system of that individual.

The far-reaching endocannabinoid system is generally considered to act as a kind of internal thermostat, regulating biological reactions in response to changes in the external environment. One primary internal response to environmental changes is inflammation, hence the strong association between cannabis use and reductions in pain, muscle/joint soreness, and anxiety.

The endocannabinoid system functions via both naturally produced and artificially introduced cannabinoids—of which over 160 have been discovered so far. Cannabinoids are found in various sources, from carrots and black pepper, to the cannabis plant, to the body itself.

Anandamide, for example, is an internally produced endocannabinoid associated with a sense of wellbeing, while 2-Arachidonoylglycerol is an endocannabinoid connected to the regulation of cognition and energy balance.

Tetrahydrocannabinol (THC) and cannabidiol (CBD) are the two major cannabinoids contained within cannabis. These ingredients create different assortments of effects by boosting and/or mimicking different sets of naturally-produced endocannabinoids.

Without getting too deep into the science (which is still being consolidated itself) THC primarily works by mimicking anandamide while CBD does not. As a result, the two cannabinoids create different effects on the body. Both are associated with reductions in inflammation and anxiety, but THC is also intoxicating, commonly producing feelings of euphoria and psychedelic mindsets.

All of this means that a CBD product that doesn’t contain THC simply cannot produce the same psychoactive, high, or tippy effects as a THC product. Hopefully, this provides those worried about taking CBD products, or giving them to their pet, some assurance that CBD oil is aimed at different areas of the body than THC, and will not cause the same internal experience. 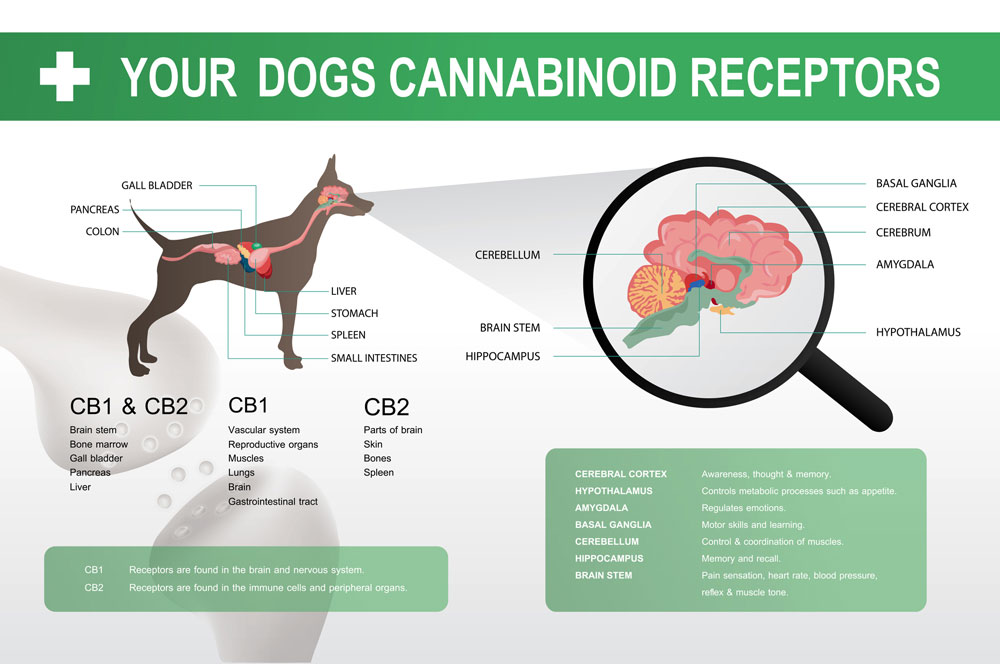 So, is my dog feeling anything when taking CBD?

It’s hard to say whether our favorite four-legged companions are aware of ingesting CBD oil and whether it elicits any change in their conscious experience. We do know that CBD oil in dogs doesn’t tend to produce dramatic neurologic or behavioral changes, like most cats will exhibit when exposed to catnip, for example. Studies, such as this one published in Frontiers of Veterinary Science, show CBD working on dogs’ neural pain centers, and little else besides.

That said, many owners will notice changes in their dog that suggest they may be feeling ‘something’—look for relaxation in the face and body, slower blinking, a calmer demeanor, and a generally chilled aura. Of course, dogs will be aware of any reductions in chronic pain caused by regular treatment with CBD.

The best guess for how CBD feels to a dog is to look at how it affects human consciousness. If you’ve taken CBD yourself, you may have noticed a subtle change in your subjective experience, mostly described as a general feeling of relaxation, similar to the after-effects of a massage.

For some, this feeling of relaxation will be on par with a large alcoholic drink or anti-anxiety pill, while others may feel nothing at all. Whether this counts as being ‘high’ may just be a matter of personal opinion.

In other words, there’s a somewhat grey area between the notion of a mind-altering substance and the way CBD boosts mood and reduces anxiety. What’s for sure, however, is that your dog won’t be tripping out. This is because the psychoactive component of THC simply doesn’t exist in well-made, pure CBD.

Do dogs like taking CBD oil, even if they can’t directly feel it?

Especially since the research is still so new, there’s no way to say for sure whether dogs enjoy, or are even aware of taking CBD oil. There is anecdotal evidence from owners of their pets seeming less bothered by potentially upsetting triggers. At the same time, such evidence has a tendency for self-confirmation (i.e. there’s likely to be more reports of dogs noticing their CBD treatment, than reports of dogs showing no recognition of it).

As an owner, the best judge of whether your dog is enjoying CBD oil is undoubtedly you! You know your dog better than anyone and are therefore likely to be the first to notice if they show signs of behavior change. If you suspect your pup might benefit from CBD oil, we suggest beginning with a small, regular dosage, and then building from there if effects seem worthwhile.