Is CBD oil a good solution for hyper dogs?

If using CBD to treat a hyper dog was about dosing them into a sedated slumber, nobody would dream of doing it.

When discussing CBD as a solution for hyperactivity, we’re not talking about medication or sedation—in fact, CBD is not a medication in the traditional sense at all.

Cannabidiol (CBD) is a natural, non-toxic, and non-psychoactive concentrate made from the hemp, not marijuana, plant. This means that concepts of being high or stoned are irrelevant when it comes to CBD.

Instead, owners of dogs with hyperactivity issues are turning to CBD treatment for its ability to reduce inflammation and anxiety, without affecting a dog’s subjective experience. 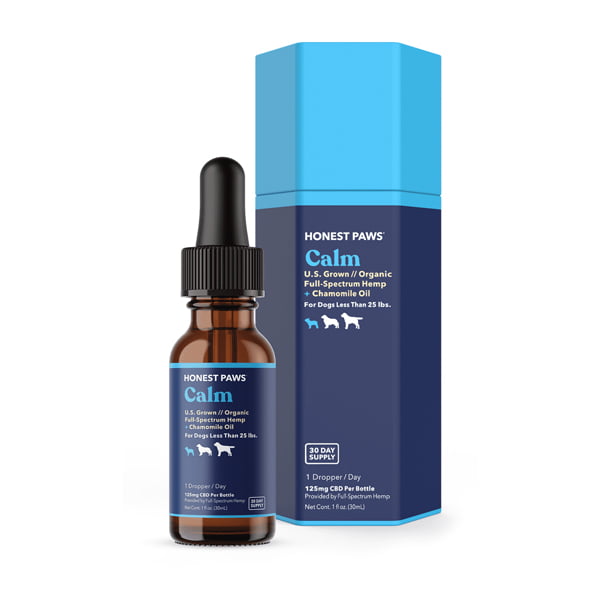 RUNNER UP for Best Overall 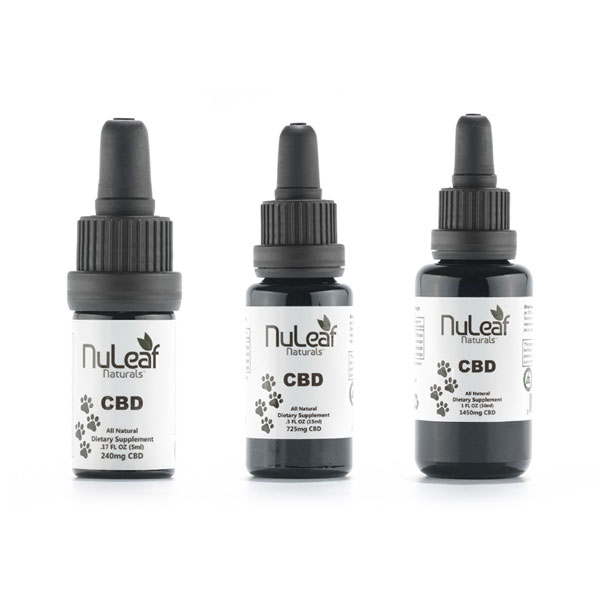 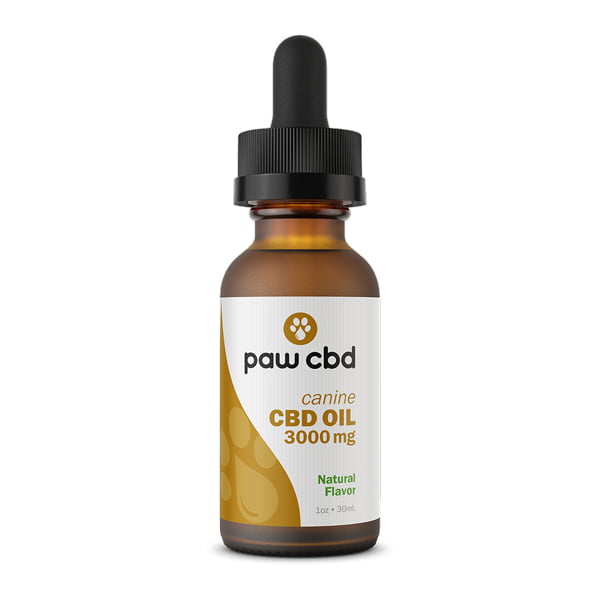 Let’s take a look at the root causes of canine hyperactivity, and why CBD makes such a good component of a treatment plan.

Why is my dog hyperactive?

Apparently, true hyperactivity in dogs is a rare disorder. Chronic hyperactivity—or hyperkinesis as it’s clinically known—is a little diagnosed though possible canine condition, which can present with the same types of distractedness and energy bursts as found in hyper dogs.

But it goes without saying that there’s a lot of dogs with a lot of energy out there, who aren’t hyperkinetic. Talk to any owner, and it’s a good bet that, at some point in their dog’s life, they’ve had to deal with over-distractedness, impulsiveness, fidgeting, or an inability to listen to commands.

So, where is all this non-hyperkinetic hyperactivity coming from?

Take a look at the dogs that most often present with hyperactivity, and it’s no surprise that you’ll find breeds literally designed to work and run all day long.

Pointers and retrievers are notorious for being hyperactive dogs, but we need to be careful when distinguishing what counts as excess excitement and energy—as these animals naturally thrive on constant physical stimulation (i.e. finding or retrieving things).

The same goes for terriers, shepherds, and even poodles: what can look like hyperactivity in an urban context suddenly becomes exactly the right level of energy in a rural or working environment.

Of course, most owners are well aware of this. They substitute a dog’s preferred daily work with walks, games, and dog-park playtime. But, before making any firm judgments about your pup’s hyper-activeness, it’s always worth upping their daily exercise (ensuring it’s the right type of workout for their breed), and seeing if it helps their behavior.

Nurture is as relevant as Nature when it comes to excess energy in dogs, especially in early years training and development.

The behavioral damage of premature removal from a litter can be irreversible, with a body of research dating back to the 1960s confirming that excessive social contact behavior can dramatically rise when puppies are raised in semi-isolation (from both humans and other dogs.)

At the same time, it’s important to vary your dog’s opportunities for stimulation and socialization—at all ages. Switch up play dates, games, and walking routes to keep their mind actively engaged and present.

Dogs may react with a lot of energy and enthusiasm upon first encountering something, be it another dog, the first time they meet children, or a new type of animal. After getting used to novel stimuli, however, most dogs will quickly acclimatize and then may barely register it.

Although anxiety can inhibit action in humans and dogs, many pups express their nervousness in ways that mimic symptoms of hyperactivity. Among other behaviors, anxious dogs are liable to bark excessively, pant, destroy things, and be aggressive.

Most dogs enjoy lots of exercise and social contact, stable habits and routines, and clear expectations and commands. Without these things, the risk of anxiety increases, either in a generalized form or as the result of fixating on particular triggers—such as when everybody leaves for work in the morning.

Of course, you might have a case of all three, with each aspect feeding into a nightmare of endless walks and games of fetch… If that sounds like your dog, you’ll definitely want to look into the best CBD oil for dogs!

What makes CBD a good solution?

Some dogs are exercised to the point of exhaustion, given plentiful mental and social stimulation, well-trained, and carefully observed for signs of anxiety—and yet they keep bouncing off the walls!

This is when things really start to get difficult for owners. It can feel overwhelming to have tried every method in the book and still find your four-legged-friend ready for more.

Strategies at this point include crate training, time-outs, solidifying household routines, and even mobile doggy gyms, such as this entertaining project out of Arizona, where hot weather impedes midday walking.

For us, CBD offers a solution that stands above these other options, thanks to its safety, consistency, and its ability to boost other tried-and-tested calming measures—not to mention its more general wellness benefits.

CBD is short for cannabidiol, which is one of tens of cannabinoids discovered in the cannabis plant. Cannabinoids are the natural equivalent of biological ‘endocannabinoids,’ which are produced by the body and used by the endocannabinoid system to affect the function of major organs and internal systems.

While a relatively newly-discovered bodily system, we know that it affects almost every area of the body—organs, bones, muscles, blood vessels, etc. We also know that a main function of endocannabinoids is to stimulate responses to inflammation and distress, keeping homeostasis as the body reacts to changes in the outside environment. 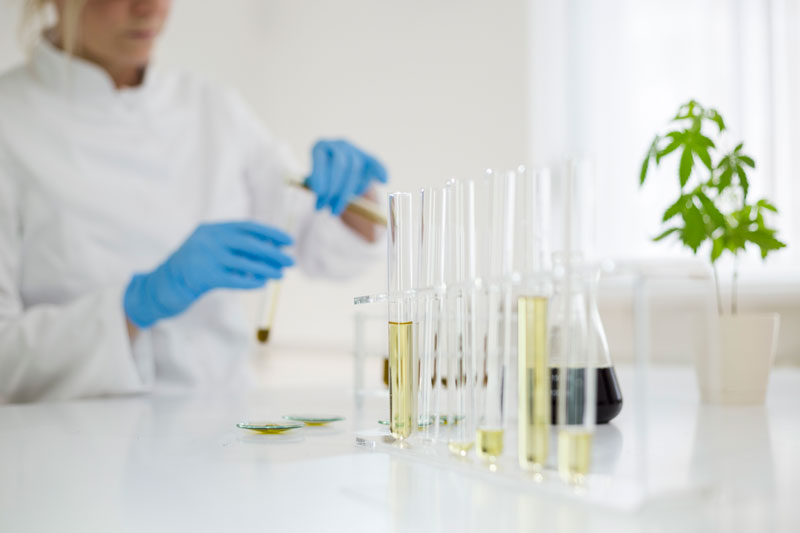 According to UCLA Health, the endocannabinoid system is able to produce these beneficial effects in processes relating to “pain, memory, mood, appetite, stress, sleep, metabolism, immune function, and reproductive function.”

Cannabinoids, and particularly CBD, are able to effectively activate the endocannabinoid system and induce the same de-inflammatory and anxiety-reducing processes on demand.

How does this help dogs with hyperactivity? Studies indicate that CBD’s effect on the endocannabinoid system increases the potency of endogenous elements such as anandamide, an endocannabinoid that acts as a regulator of inflammation, mental motivation, and pleasure/reward cycles.

Boosting endocannabinoids such as anandamide bolsters your dog’s ability to process and manage their energy, contributing to a more stable and relaxed daily state of being. On their own, CBD and the endocannabinoid system are unlikely to solve canine hyperactivity. But they’re a great way to boost the effectiveness of other training methods and wider lifestyle changes.

Perhaps even more interestingly, a 2013 review in the journal Cell Metabolism discusses, cannabinoids may be able to affect glucose tolerance, as well as energy and metabolic regulation—providing a direct way of managing sudden energy bursts.

We mentioned it up top, but it’s worth repeating here: CBD oil is not a sedative, so using it on dogs with lots of excess energy isn’t going to knock them out—nor should you want it to.

The theory here is that dogs who are hyperactive (but aren’t suffering from hyperkinesis) will benefit from CBD’s ability to increase homeostasis in the body, reducing internal inflammation.

While this process isn’t intoxicating, anyone who’s tried CBD for themselves can attest to a sensation of relaxation, a little like having a massage, a glass of wine after work, or the feeling after a really good yoga class.

In this way, using CBD to build a more relaxed foundation gives your dog a better opportunity to begin learning those behaviors that can help mitigate their hyperactivity. A more relaxed dog should be more susceptible to training through treats, crates, habits, and responsible socialization—all things that help instill a healthy level of discipline.