How do you stop a dog from having seizures? 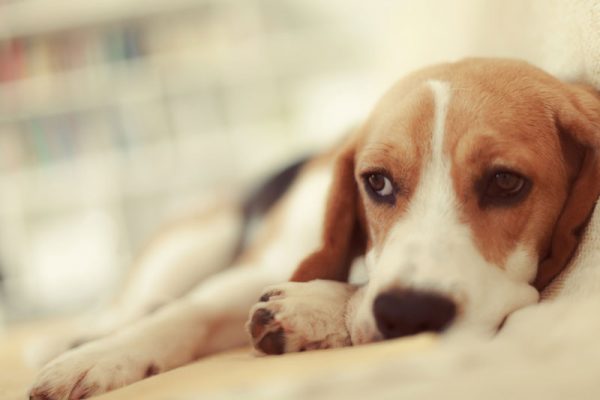 Like humans, some dogs experience seizures from time to time; some will have certain triggers that cause them to seizure, while others are diagnosed with a broader epilepsy condition. No matter the type or frequency of seizure, though, all dog owners have the same question—what can I do to care for my dog? This post looks into the best available answers!

Can seizures in dogs be cured?

Generally speaking, seizures and epilepsy have no current cure, in humans or animals. A minority of dogs may fully recover from their condition due to unknown reasons, but the majority of pets will require longterm support and symptom management from their owners and vets.

Are all seizures the same?

No. Dogs suffer from a variety of seizures, which can be categorized into three main types of seizure:

Again, the causes of seizures can be separated into categories—environmental and contextual causes, and seizures due to underlining health and hereditary conditions. Environmental causes include eating toxins and poisons, and a diet or lifestyle that results in blood sugar or electrolyte deficiencies.

Genetic and health issues that may cause seizures (apart from epilepsy) include kidney and liver issues, brain injury and cancers, and anemia.

How are seizures in dogs treated?

According to VCA Hospitals, veterinarians will be reluctant to treat dogs who have a one-off seizure, or who only have seizures from time to time—the reason being that anti-seizure medication can be quite strong, and often requires a lifetime course once committed to. Perhaps the two most common medications used in the treatment of seizures in dogs are phenobarbital and potassium bromide. These may be considered if your dog has had:

How long does it take for a dog to recover from a seizure?

Any seizure in a dog that’s never experienced one before should warrant a visit to the vet. Most seizures only last for ten to twenty seconds, and the vast majority are under a minute. If a seizure lasts more than three to five minutes, it should be considered an emergency, and you should bring your dog to a veterinarian as soon as possible.

This is because a dog in seizure can undergo a skyrocketing temperature, which can then lead to other chronic conditions such as brain damage.

How do you stop a dog from having seizures?

According to MetroVet, up to 75 percent of owners believe that there dog’s seizures have triggers. Therefore, it stands to reason that a key way of controlling seizures in dogs is to find and control those triggers.

Triggers might be obvious (if your dog has a seizure every time there’s a loud bang, for example). Or, finding triggers might mean careful observation over time—even keeping a record book of how and when seizures occur, to help spot patterns and clues.

Examples of common triggers for seizures in dogs include:

It’s also thought by some owners that lunar phases, and particularly the full moon, coincides with an increase in seizures in dogs (though studies have been unable to prove this).

Whatever the trigger for a seizure, it is a misconception that triggers can bring on seizures in dogs that do not already have epilepsy or sensitivity to seizures. Rather, triggers make seizures more likely in dogs that are prone to them in the first place.

The popular ketogenic diet has recently been linked to benefits for seizure-prone dogs. A 2015 study from the British Journal of Nutrition found that a diet of triacylglycerols—such as is found in good quality fat and protein (and in diets like keto), helps dogs to enter ketosis and prevent seizures as a result. In the study, twenty-one dogs with epilepsy were given the diet. Three were judged to completely recover from seizures completely, while another seven experienced at 50 percent drop in seizure frequency, while they were eating the keto diet.

While these results seem quite extreme, and may not be able to be replicated in most homes, Fatty acids, in general, are always welcome in a dog’s diet. Hemp seed oil is a particularly great supplement for this purpose, as a rich source of omega 3 and omega 6 oils.

There are a number of ingredients and additives that are completely safe for humans, yet when ingested by dogs, they cause an array of harmful effects—including seizures.

Xylitol is a sweet-tasting additive that is being used in a growing number of foods and products design for humans, thanks to its healthier reputation than cane sugar. While it may taste good, however, it’s also poisonous to dogs, with symptoms of xylitol poisoning including a rapid drop in blood sugar levels, which as we’ve seen above, can quickly lead to unresponsiveness, an inability to control movements, collapsing, and seizures.

Caffeine is another canine toxin that’s found in almost every home—and not just in coffee. Tea, soda drinks, sports drinks, and supplement powders and tablets all contain varying amounts of the drug. While humans gain a helpful stimulant effect from caffeine, the same effect can be lethal to dogs, who may experience raised blood pressure and cardiac arrhythmias. Pets may also lose muscle control, have tremors, or undergo a full seizure. In small dogs, this can be particularly dangerous, with only a small about of caffeine causing a level of stimulation that their body is unable to handle.