The world of CBD can feature a lot of debate, vagueness, and unsupported claims. But here’s a subject with a clear, definitive answer: you should always be giving your dog CBD oil that’s derived from hemp plants, not marijuana.

Ideally, the hemp used in CBD oil should also be organic and extracted via supercritical carbon dioxide in a certified production facility. But why hemp over marijuana for your dog’s CBD oil?

Cannabis is a genus of flowering plants with distinctive, serrated leaves that originated in Asia. Exactly how many cannabis species exist is a matter of dispute, but the two majorly recognized and farmed species are cannabis Sativa and cannabis Indica.

Cannabis sativa has long stems and narrow leaves and grows well in very hot places. It’s normally associated with cultivation for human reactionary and medical use. Sativa plants are often bred to contain high levels of the psychoactive cannabinoid THC (tetrahydrocannabinol) and may produce a more energizing/stimulating effect when ingested.

Cannabis indica is shorter and bushier, and according to Healthline, is native to Afghanistan, India, Pakistan, and Turkey. As opposed to invigorating Sativa, Indica plants are associated with intense relaxation—largely because many Indica strains contain higher ratios of CBD to THC cannabinoids. (Though, today’s producers are able to create strains of all kinds with extreme cannabinoid ratios.)

Most slang terms for cannabis relate to THC-rich Sativa flowers—these are the strains of cannabis that when ingested by eating or inhaling, release cannabinoids that produce a psychoactive, mind-altering high. Slang terms like ‘weed’ are not generally associated with hemp or CBD. 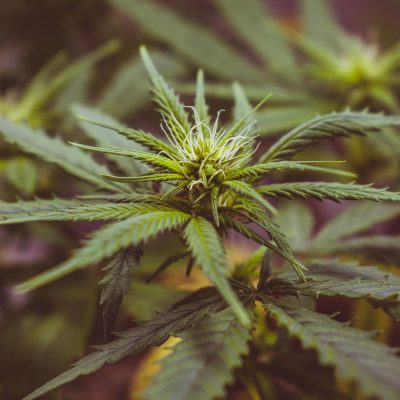 The term marijuana can refer to cannabis Sativa or Indica, but whatever the subspecies, marijuana plants will contain a psychoactive cocktail of cannabinoids. In other words, they can get you (and your dog) high.

As a result, CBD oils made from marijuana plants tend to have higher THC concentrations than those made from hemp—so with concentrations deliberately strong enough to produce a high; others with containing THC simply as a result of production.

Confusingly, some marijuana-derived CBD oils are labeled as ‘cannabis oil.’ Of course, this is technically incorrect, as all CBD oils are extracted from cannabis plants, making every CBD-containing product a cannabis oil.

The reason for this mislabelling is likely due to the way in which cannabis has become culturally associated with THC, Sativa, and its mind-altering effects. As a result, non-intoxicating hemp plants have become somewhat culturally separated from other cannabis strains—even though they are from the same plant genus.

Why is marijuana (cannabis) CBD oil not okay for dogs?

Extracted correctly, CBD oil derived from marijuana may be safe for dogs to consume.

However, cannabis extractions aren’t necessarily an exact science, especially in terms of the exact levels of cannabinoids in a resulting product. This means there’s a higher likelihood that oil extracted from marijuana will contain some psychoactive cannabinoids, which don’t mix well with dogs.

When under the influence of THC, dogs can become confused, agitated, and frightened. Physically, they may suffer tremors, sudden bursts of energy, and urinary incontinence. In rare cases, dogs have been intoxicated to the extent that they experience seizures and/or coma.

It’s worth noting that very small amounts of THC, which some marijuna-derived CBD oils contain, are unlikely to harm your pup. But, they’re also unlikely to contribute to any of the anxiety or inflammation-reducing benefits that dogs use CBD for—which begs the question, why take the risk?

The term hemp is used when referring to cannabis that’s been cultivated for industrial and non-recreational or medical use. Somewhat counterintuitively, hemp is almost always cannabis Sativa, but any potentially psychoactive components are long-bred out of the plant by the time it can be accurately referred to as hemp.

Because it’s not psychoactive in plant form, CBD oil that’s made from hemp cannot produce a mind-altering effect, which adds a layer of assurance for pets owners introducing their dogs to CBD.

The legalities of hemp in the US have always been a little murky, with today’s climate being no different, despite recent relaxations at the state level. According to a 2019 article by PBS, even the 2018 Farm Bill which removed restrictions on hemp-derived CBD doesn’t guarantee legality in all 50 states, at least for vendors.

Traditionally, manufacturers using hemp products have aimed to ensure legality by only working with what’s known as industrial hemp—this is cannabis with a THC concentration of under 0.3 percent. Industrial hemp complies with DEA exemptions on the use of THC-free cannabis derivatives in manufacturing.

Industrial hemp has a long history as an ingredient or material with a huge variety of uses. High tensile strength makes hemp a suitable material for creating ropes, sails, and binding. From edible products to cosmetics, hemp can also be found in many contemporary household items. The plant fibers are also valued for fabrics used in clothes, furniture, and bed linens.

Why is hemp CBD oil better for dogs?

CBD oil made from hemp can contain as much, or even more, CBD than oil made from marijuana. It cannot, however, contain unsafe amounts of THC, because the hemp plants themselves cannot contain more than a 0.3 percent concentration of the cannabinoid by legal definition.

As a result, hemp CBD oil offers all of the benefits with none of the risks—surely making it a no brainer?