Can I give my dog CBD oil every day? 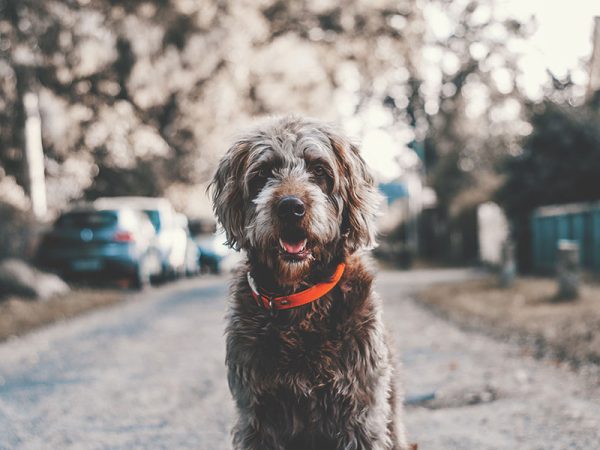 Dosage guides like the one on our website will help you work out how much CBD oil to give your dog. But how often should that dosage occur?

There’s debate over the most effective long-term schedule for CBD treatment and dogs. Some advise a consistent daily or twice daily dosing, others will recommend the same schedule, but for a defined period. A different approach argues in favor of single, high-concentration dosages given at the point of need.

Part of the answer here will always depend upon the demands of your individual dog: what’s their size and weight, their previous exposure to CBD, and the issue or condition behind their CBD treatment?

Let’s look at the evidence in favor of daily dosages, versus the case for a single, targeted hit of CBD oil.

Google ‘how often should I give my dog CBD?’ and the answer you’ll most frequently find is some version of ‘a little bit, every day.’

This approach involves delivering CBD oil orally, following the standard 0.2mg of CBD per pound of doggy weight. This is administered once daily, for a period of time that ranges from a few days to a week. If symptoms slightly improve or show no signs of change, then the dosage is gradually increased, anywhere up to a twice-daily application.

In favor of this dosage schedule is the way a constant dosage matches many of the generalized issues and disorders for which CBD makes such a great treatment. If your dog is suffering from non-specific anxiety, or the ongoing pain of arthritis, giving their endocannabinoid system a constant supply of cannabinoids is going to help mitigate those symptoms across the day and night. We’ve detailed our research on whether CBD oil helps dogs with arthritis.

Studies on the use of CBD for pain in animals usually adopt a daily oral or transdermal (via skin) dosage schedule, giving the pros of this method a strong evidence base. For example, in a 2007 study on rats with arthritis, researchers found that daily CBD treatment for one week reduced inflammation and neuropathic pain.

In human trials, daily CBD ingestion has been shown to improve symptoms of pain, inflammation, and risk of seizure, with zero or mild side effects. An early successful study on CBD use for epilepsy recorded no adverse effects after one month of daily ingestion. And, a study on multiple daily dosages of CBD and THC in cancer patients using an oral spray found that CBD can provide powerful pain relief, with few side effects aside from nausea in some participants.

In other words, while more traditional pharmaceutical drugs may be a better option for acute pain events, such as injuries or for post-surgical recovery, the evidence suggests that CBD, when taken daily, could be a preferable option for dealing with on-going, long term disorders.

The idea of slowly increasing concentrations of CBD in the body over time may sound attractive, but it’s not exactly clear that a daily dose will effectively ‘build-up’ in the body over time. Most estimations of the half-life of CBD in dogs put its duration at around four to twelve hours. This means that a single daily dose will likely have left your dog’s body before the next one is introduced.

That said, other studies have found that the benefits of CBD can maintain on at least some level for up to two weeks after a month of daily doses. So, the science here is not exactly clear.

It’s worth mentioning that a few studies designed to discover the effects of extreme long-term CBD use on animals suggest daily dosing may play a role in the development of adverse effects. For example, Research performed on monkeys in the early 1980s found that animals began to experience organ growth and reproductive issues after ingesting over 30mg of CBD per kg of body weight for a period of 90 days.

Here, it’s important to point out that many early animal studies gave their subjects huge (and unethical) levels of CBD—up to 300 times the amount recommended by our dosage guide. A more reasonable recent study on dogs and cats gave subjects two milligrams of CBD per kg orally twice daily for 12 weeks and found zero adverse physiological effects.

Lastly, while it’s likely that an oral CBD dosage will fit neatly into your dog’s daily routine,a  topical application of CBD may not. Part of the effectiveness of topical treatment relies on CBD oil or cream being massaged into the joints or skin. The process is often a great chance for some person-and-pup bonding time when carried out once or twice per week. Make it a daily task, however, and your dog may begin to see it as a chore to be avoided at all costs!

Argument #2 – A higher, single dose at the point of need

If you’re skeptical about giving your dog any kind of supplement or medication on a frequent,  long-term basis, you’re not alone.

While CBD has consistently demonstrated a favorable toxicity and side-effect profile when compared to other drug and treatment options, many owners would simply prefer to keep their dog’s routine as additive-free as possible.

For pups that aren’t already on a course of medication, or living with some form of ongoing condition, there’s a strong argument that CBD should be reserved for the treatment of specific symptoms, or possible anxiety and inflammation triggers.

In support of less frequent—but perhaps higher—CBD doses is the idea that cannabinoids are most beneficial when flooding the body’s endocannabinoid system. Reports by owners on CBD’s efficacy in reducing or preventing anxiety attacks, seizures, and other acute incidents suggest that a carefully timed dose may be the most effective way of boosting CBD’s power.

For example, when researchers surveyed Canadian dog owners in 2019, they found that one in five used CBD to help dogs deal with one-off events such as thunderstorms and fireworks. Likewise, many prefer to give CBD around 20 to 30 minutes before a stressful or anxiety-inducing event, such as leaving for work in the morning, or turning off the lights in the evening.

Second, there’s an assumption that spacing out your dog’s CBD dosages may help dogs to better process CBD, and reduce any risks of long-term usage. As described by this post from Colorado State University, it is true that dogs under the influence of CBD show raised activity levels in their livers, including an increase in the enzyme alkaline phosphatase (ALP).

Research is still ongoing on the potential risks of raised ALP levels, so it could well turn out to be a benign side effect of continuous CBD usage. However, owners wanting to exercise caution—or those whose dogs have preexisting liver disease—may want to opt for a less frequent dose, or switch from oral to topical application.

Unlike daily oral CBD doses, a topical application keeps cannabinoids mostly out of the wider bloodstream, instead targeting receptors at the site of pain or inflammation. This allows for higher dosages and may be preferential for dogs who have an injury or other one-off external issue, but who otherwise wouldn’t benefit from CBD.

As said, most of the scientific literature on the benefits of CBD is drawn from tests involving high doses given daily, or multiple times per day, over periods lasting at least a week. Because of this, the benefits of single, or short-term CBD dosing are far less well established, and rely more on anecdotal reports.

So, while it’s true that many owners will confirm a positive reaction to single doses of CBD—often as soon as 15 minutes after oral ingestion, the more radical scientific claims associated with cannabis products can’t be attributed to this method of dosage.

The difficulty here is that many pups just aren’t very good at signaling when something is wrong internally. If CBD is being used to ease nervousness around separation or loud noises, then it’s going to be pretty obvious whether a single dosage is enough to elicit a positive effect.

However, when CBD is given in the hope of reducing chronic inflammation, for example, it can be harder for owners to see signs of success—especially from a one-off application. This is why many in the CBD community recommend close observation combined with a slowly increasing daily dosage.

There’s no doubt that the scientific evidence favors a consistent daily CBD dosage for dogs. Not only has this approach proven itself to be relatively safe, with only minor possible side effects like nausea and lethargy, but daily CBD ingestion is an effective rival to other medications used by dogs for long-term conditions, such as chronic pain and seizures.

All which means that there’s no issue with dogs taking CBD oil every day—especially if CBD is an adjunct or alternative to other ongoing treatments.

However, daily CBD dosages shouldn’t be started without a clear need. Many dogs will instead benefit from CBD at the point of need, such as when recovering from a procedure, or during fireworks on July 4th. For these pups, CBD should be a one-time occurrence and not part of a daily routine.

Can I combine both approaches?

Readers who enjoy looking for compromise will have noticed that there’s nothing to stop those using a daily dose from also taking advantage of the benefits of reactive CBD use. (As long as total CBD concentrations are kept within reasonable levels that your dog is comfortable with.)

Of course, if you prefer to use CBD as a symptom-specific or reactive treatment for your dog, then you won’t want to consider combining this with daily usage.